When it comes to fats, its important to make sure your body gets the right ones. Too much bad fat in your diet will result in increased lethargy and long term health issues.

A vital set of nutrients required for a healthy body, are the fatty acids. However, not all fatty acids provide the same benefits. Unfortunately, many diets include unhealthy levels of Omega 6’s which are traditionally derived from fried foods, vegetable oils, fake butter products, grain-fed animal fat and other modern convenience and processed foods. In addition, many diets are low in fish and Omega 3 consumption, which creates an unhealthy ratio of Omega 6: Omega 3 as high as 30:1! The key to getting back to a healthy ratio of DHA:EPA is increasing Omega 3 consumption and reducing Omega 6 intake.

What about consuming a good quality Omega 3,9 ? These nutrients serve several functions, including the make-up of the majority of the protective membrane that surrounds every one of our cells. They are also used by the body as major building blocks for the creation of body fat, needed in appropriate amounts to cushion and protect our internal organs and keep us warm. That means more energy, increased organ function and overall better health for you!

Unfortunately, the healthy fats which are found in fish and oils are often left out of modern day diets, meaning that many people are not correctly balancing their fat intake.

Forever Arctic Sea - Super Omega 3,9 can change all that!  The product is designed to balance your intake of fats and essential oils, maintaining a healthy balance within the body and guaranteeing long term health benefits. Forever Arctic Sea® now contains a proprietary blend of DHA-rich Calamari Oil, ultra-pure Omega 3 Fish Oil and High Oleic Olive Oil. This unique blend is exclusive to Forever Living and provides not only 33% more DHA per day, but creates the perfect balance of DHA and EPA for optimal health and wellness.

The latest scientific findings of the last few decades of the last century in the area of nutrition produced  Arctic Sea - a combination of fish oil and olive oil. It is one of the balanced food supplements with manifold action. Because of the huge protective and therapeutic action of fatty acids Omega 3 and Omega 9, this product deserves more attention.

The term Omega 3 means a group of fatty acids which have been discovered in the 1970ies. The discovery of Omega 3 has generated thousands of studies, scientific papers, and clinical research worldwide. Even if this is the case, still only few people really understand the role of Omega 3 and its mechanism of operation in the body. They are fundamental molecules in the structure and activity of cell membranes of the whole body. They have highly specialized functions in the neurological tissue especially in the brain and retina (brain is the fattiest organ of the body). Because of their role in cell membranes, Omega 3 fatty acids are essential in the forming of new tissue, and they are very important for growth and development. They also have a highly important role in prevention of degenerative changes and premature symptoms of aging. Researchers have shown that Omega 3 fish oils (cod, salmon, sardine, tuna), especially from the fish of cold arctic seas, are not only good to lessen the pain and inflammation, but also prevent degeneration and deterioration of the joint cartilage. According to some authors, the long molecular chains of Omega 3 EPA and DHA fatty acids lubricate the joints. The third Omega 3 acid is found in dark leafy vegetables, in linseed and some other oils, in walnuts etc. With the help of enzymes this acid becomes FPA in the body. All three of these acids have different roles and all three are necessary for good health.

Australian researchers have proven a connection between diet and degeneration of macula, which is stimulated by the lack of Omega 3 in the organism. Many studies from the end of 20th and the beginning of 21st century point to a connection between cardiovascular ailments and the lack of Omega 3 in the body. This has been linked for the first time in the researches done on Eskimos.

In the case of lack of polyunsaturated Omega 3 fatty acids, the organism uses saturated fatty acids to build cell membranes. The cell membranes that are thus created are less elastic, which negatively affects the cardiovascular system. In addition to this, nutritionists have come to conclusion that the ratio between Omega 3 and Omega 6 fatty acids is very important. In the typical western diet that ratio is out of balance, in favor of Omega 6 which is found in cereals, margarine, fried food, wholegrain bread... This shows that there is a high need to supplement diet with Omega 3, which-as science has proven-helps prevent and treat different ailments in varied ways.

Is monounsaturated fatty acid from olive oil. Its influence on lowering cholesterol levels has been proved in practice, especially in peoples who use olive oil in their diet, for example the countries of the Mediterranean. Omega 3 reduces cholesterol and tryglicerides in blood, and improves the general state of health.

Scientific research has linked the consumption of saturated fatty acids, found predominantly in animal fat, with increased levels of cholesterol and a higher risk of heart attacks, while the unsaturated variety from vegetable oils do not have that effect. Forever Living Products has formulated a superior nutritional supplement to take advantage of the latest research into this important area of nutrition.

ARCTIC SEA - Omega 3,9, as a combination of fish and olive oils in its natural form is considered a supplement to modern diet.

By combining Omega-3 with Omega-9, it provides a safe and balanced supplement that can favorably support healthy blood cholesterol and triglyceride levels. Forever Arctic-Sea Super Omega-3 is a breakthrough in terms of a balanced supplement, using both vegetable and fish oils to derive the benefit of each.

What doctors say about Arctic Sea

Therapeutic properties are especially pronounced in the following cases:

Omega-3 is an essential polyunsaturated fatty acid found in salmon and other seafood. Omega-9 is the unsaturated fatty acid found in vegetable products, like olive oil. Each capsule has an EPA content of 225 mg and 150 mg each of DHA and oleic acid, all of which are lacking in most Western diets. The benefits of EPA and DHA include supporting the circulatory system. They are needed for other functions, including the development and health of the eyes and brain, and can support proper joint function.

DIRECTIONS For adults, take one or two capsules with meals, three times daily.

Forever Living Products have been for a long time excellent leader of nutritional supplement industry over the world. With more than thirty two years of experience on research and sales of excellent quality of aloe Vera and herb based products. New Arctic Sea is fallowing in this tradition!

Forever Arctic Sea Super Omega 3 contains a range of ingredients, which will help you get the most from healthy living!  The product also contains Vitamin E, which has anti-oxidant properties. 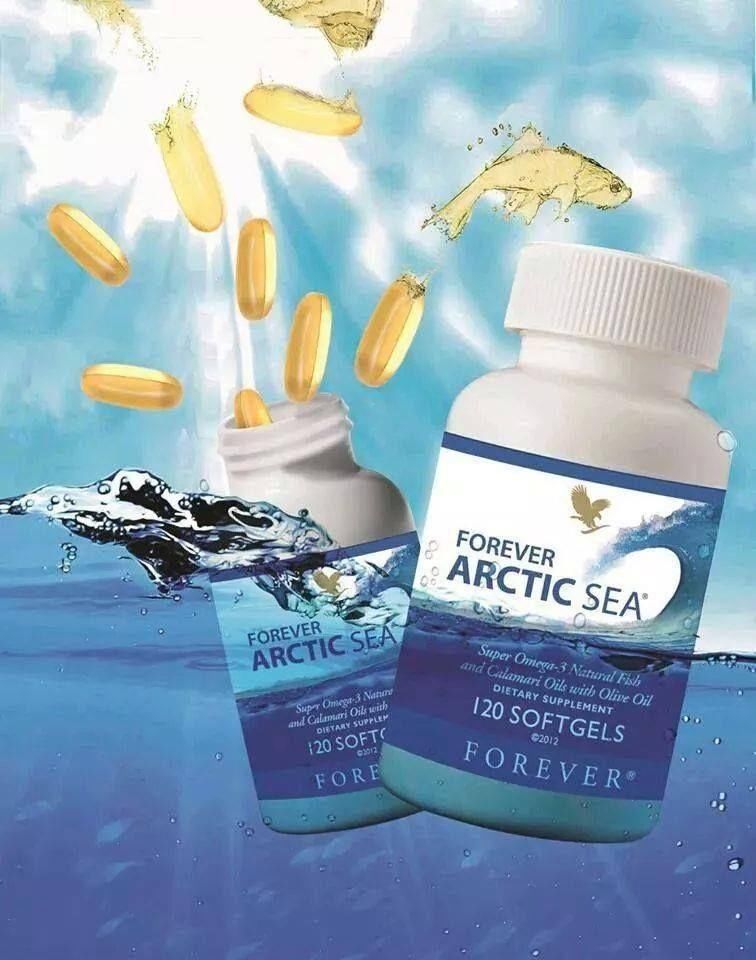 Forever Living is a multibillion dollar company that specializes in wellness and beauty products. The company lives on the simple philosophy of offering products which are tried and proven and keep interactions with the consumer personal.

Pricing details: The price for each box is 26.33 USD.  To check the prices in specific country  => select your country on the right to enter our online retail store.  This product is not available in Australia, Malaysia and New Zealand.

We also give you a 30 day guarantee in case you are not satisfied with the products.

Not All the Omegas Made Equal

HOW IT IS MADE

There has never been a better time to  take control of your health and wellness! Forever Living’s product range is designed to make you look and feel better, on the inside and outside. Our customers full agree about the benefits of Forever Arctic Sea Super Omega 3 by Forever Living.

Here’s what they had to say;

“Forever Arctic Sea Super Omega 3 has really improved my health and wellness. My concentration is much better, and I feel much more on the ball than I used to!”

“I take Forever Arctic Sea Super Omega 3 to get all the essential nutrients from Omega 3 oils. I feel so much healthier using this product and would urge other people to try it too!” 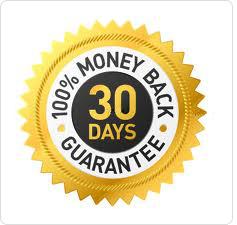 We are 100% confident that you are going to be completely satisfied with your purchase. If  for any reason you’re not happy, we stand by our full 30 days money back guarantee. 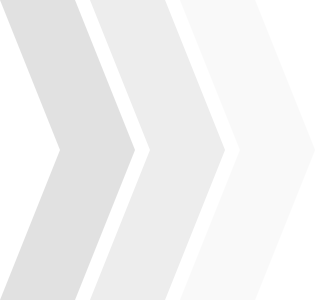 Get Instant Discount Become Preferred Customer & Get 15%-30% Off 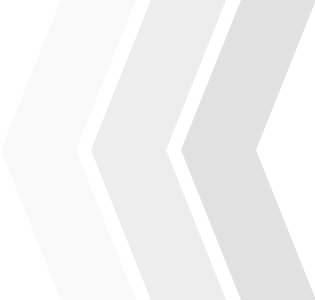